In case you were wondering about the April, May and June newsletters, in view of the COVID-19 crisis, it was decided not to issue the newsletters in these months.

It was felt that with people’s minds on more urgent matters, the finer points of business would be overlooked in short term as other matters took priority. The situation has now calmed down and to some degree business people may be more prepared to focused on how to operate their business efficiently during the recession.

Since our March newsletter, we have been busy developing an updated version of our Tradies Guide, and another new feature, “Buying or Taking Over Another Business” is now available on the website.

In addition, as you know, I have continually spoken over the years about the importance on avoiding mistakes and trying to reduce costs. With profitable sales being at a premium in the coming years, a new calculator has been designed to help you identify the cost of replacing lost capital as a result of poor business decisions. You will find our new calculator, the “Sales Capital Cost Replacement Calculator” at www.creditmatters.com.au

Quote Of The Month

Why can't you see

What you're doing to me

When you don't believe a word I say?

We can't go on together

And we can't build our dreams

It has not taken long for the level of trust to be shattered in all our lives due to the effect of the COVID-19 virus and the sudden declaration that we are in a recession. Nobody is waiting for the usually economic definition of a recession. All and sundry are now stating emphatically, the recession is here!

No aspect of our lives has been spared and the effects are showing up in our daily lives, interactions with governments, bureaucrats and legislators, sporting communities and businesses. Trust has been eroded and has caused immense angst, which has often resulted in irrational behaviour. Worse still, as we have also seen in the last few months, there is no longer trust in what were formally well thought of charities.

In regards to the commercial world, we are seeing the foundations of business respect being cracked wide opened with some of the largest business enterprises suddenly failing, others exposed as virtually trading insolvently, or without any financial reserves to help them survive over the long term, let alone for the short term. What is most frightening about this state of affairs, much of it has happened within only one or two months of the declaration of the COVID-19 pandemic.

Moving forward the disillusionment of many business people whose trust in others has been so badly broken will be a real problem. No longer will blanket respect, or naivety of people be awarded to the icons of business, large corporations or even their business friends. As Elvis’s song depicts, suspicious minds will be everywhere, which is going to affect us all and our dreams for the future.

This lack of trust will also be building up in business and their employees where either party is not honouring the intent of the Australian Government’s JobSeeker and JobKeeper programs with their employees. If either party abuses the process, then distrust will build up in that business, which benefits nobody in the long term.

On the other hand, now is not the time to make short-term decisions in panic mode that might destroy long-term relationships and your reputation in the business world. No matter how serious the situation might appear currently, there is a right way and a wrong way of going about of dealing with the situation. It is imperative, as part of your long-term survival, that you maintain disciplines and good communication with all your stakeholders and in your language.

If trust has been so badly broken; how does a business overcome such negativity with its suppliers, customers and employees? For a start, we need to revert to the basics of good business, which apply in any economic environment. These basics include, a good corporate culture, with due respect for the needs of your various stakeholders and dedicated employees. In addition, paying all debt owed in a timely manner and keeping debt owed to you to as little as possible, also provides a good chance of the business surviving, all things considered.

One of the hardest things for business owners and directors to do, is to ask their suppliers for assistance when cashflow becomes tight. The reasons include:

Today I would suggest the effects of trading insolvently can be mitigated by showing that you sought professional guidance by a qualified professional whilst asking for help to cover cashflow problems. It also helps if you haven’t increased what you owed to others and kept employee, plus regulatory and tax payments in order.

Unfortunately, all other reasons, in cold light of day, are not valid reasons for avoiding your responsibilities to pay your debts within terms. If you have avoided responsible actions regarding debts owed to others, then inevitably, you run the risk of insolvency. Like never before, this result is more likely due to the influences of COVID-19 and recession factors.

The primary reasons for being proactive in dealing with cashflow issues which may affect the survival of your business, is that your initial attempts to survive are all conducted in private with selected parties.

If your business becomes insolvent and you are required to attend a Creditors Meeting, you will find no place to hide your incompetence and the humiliation of being exposed in public. After all, a Creditors Meeting is a public affair where all valid creditors can ask questions and voice their displeasure. Furthermore, all information disclosed at a Creditors Meeting then becomes public.

Therefore, as a business owner or manager, who would you rather expose your professional and business shortcomings to?

Word Of The Month

Is the spelling practice or practise?

The first rule to learn is to use ice for a noun and ise for the verb. That’s easy. But then we need to reinforce with examples. I went to tennis practice. I went to practise tennis. The practice of washing our hands regularly, helps us. Some people need to practise washing their hands.

After three months, just 4 per cent of the $40b available under this scheme has found its way into the hands of SMEs. Recognising this the Government has decided on three enhancements.

1. The term of guaranteed loans can be increased from three to five years.
2. SMEs can now borrow up to $1m from the previous $250k.
3. The purpose has been expanded beyond working capital to include “investment”.

Not surprisingly, the big banks have offered their support for these changes. CBA chief Matt Comyn said the expanded scheme would give businesses a deeper pool of financial support.

“The changes will make it available to more businesses, for longer, to help them rebuild – and support Australia’s recovery,” said NAB boss Ross McEwan.

There are two very simple reasons why the scheme has not worked to date and these same reasons explain why it is unlikely to work any better in the future.

One of the ongoing dilemmas for all business is access to funds to run their business. Ideally, self funding a business and growing your business organically with your existing funds is always the better solution.

There are times in the life of any business however, when finance must be required to take advantage of a new opportunity, to replace systems, buy new machinery etc. Sometimes you may even have to borrow to cover a shortfall of revenue or cashflow.

Whilst borrowing for these worthy causes is valid, it is not without risk. Moving forward with a degree of comfort requires that you borrow for the right reasons, from the right finance providers and under the right terms.

For unbiased advice on seeking financial information, I suggest you visit the Bank Doctor at http://thebankdoctor.org/ and review the information on the website. It is free of charge. One of the excellent articles on this site is The COVID-19 economic crisis shows we need a better way to fund SMEs., which can be accessed via the following link 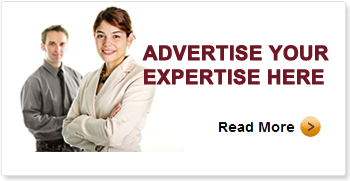 Credit Matters is continuing to grow and provide marketing and knowledge about financial risks to the Australia business community.

Futhermore, we invite marketing and knowledge ideas from our readers and contributors on how we can assist our respective firms grow. If you have any ideas, please contact me at info@creditmatters.com.au.